PITTSBURGH—Maps, number lines, shapes, artwork and other materials tend to cover elementary classroom walls. However, new research from Carnegie Mellon University shows that too much of a good thing may end up disrupting attention and learning in young children.

Published in Psychological Science, Carnegie Mellon’s Anna V. Fisher, Karrie E. Godwin and Howard Seltmanlooked at whether classroom displays affected children’s ability to maintain focus during instruction and to learn the lesson content. They found that children in highly decorated classrooms were more distracted, spent more time off-task and demonstrated smaller learning gains than when the decorations were removed.
“Young children spend a lot of time — usually the whole day — in the same classroom, and we have shown that a classroom’s visual environment can affect how much children learn,” said Fisher, lead author and associate professor of psychology in the Dietrich College of Humanities and Social Sciences.

Should teachers take down their visual displays based on the findings of this study?
“We do not suggest by any means that this is the answer to all educational problems. Furthermore, additional research is needed to know what effect the classroom visual environment has on children’s attention and learning in real classrooms,” Fisher said “Therefore, I would suggest that instead of removing all decorations, teachers should consider whether some of their visual displays may be distracting to young children.”
For the study, 24 kindergarten students were placed in laboratory classrooms for six introductory science lessons on topics they were unfamiliar with. Three lessons were taught in a heavily decorated classroom, and three lessons were given in a sparse classroom.

The results showed that while children learned in both classroom types, they learned more when the room was not heavily decorated. Specifically, children’s accuracy on the test questions was higher in the sparse classroom (55 percent correct) than in the decorated classroom (42 percent correct).

“We were also interested in finding out if the visual displays were removed, whether the children’s attention would shift to another distraction, such as talking to their peers, and if the total amount of time they were distracted would remain the same,” said Godwin, a Ph.D. candidate in psychology and fellow of the Program in Interdisciplinary Education Research (PIER).

The Institute of Education Sciences, part of the U.S. Department of Education, funded this research.
Last fall, CMU launched the Simon Initiativeto accelerate the use of learning science and technology to improve student learning. Named to honor the work of the late Nobel Laureate and CMU Professor Herbert Simon, the initiative will harness CMU’s decades of learning data and research to improve educational outcomes for students everywhere. 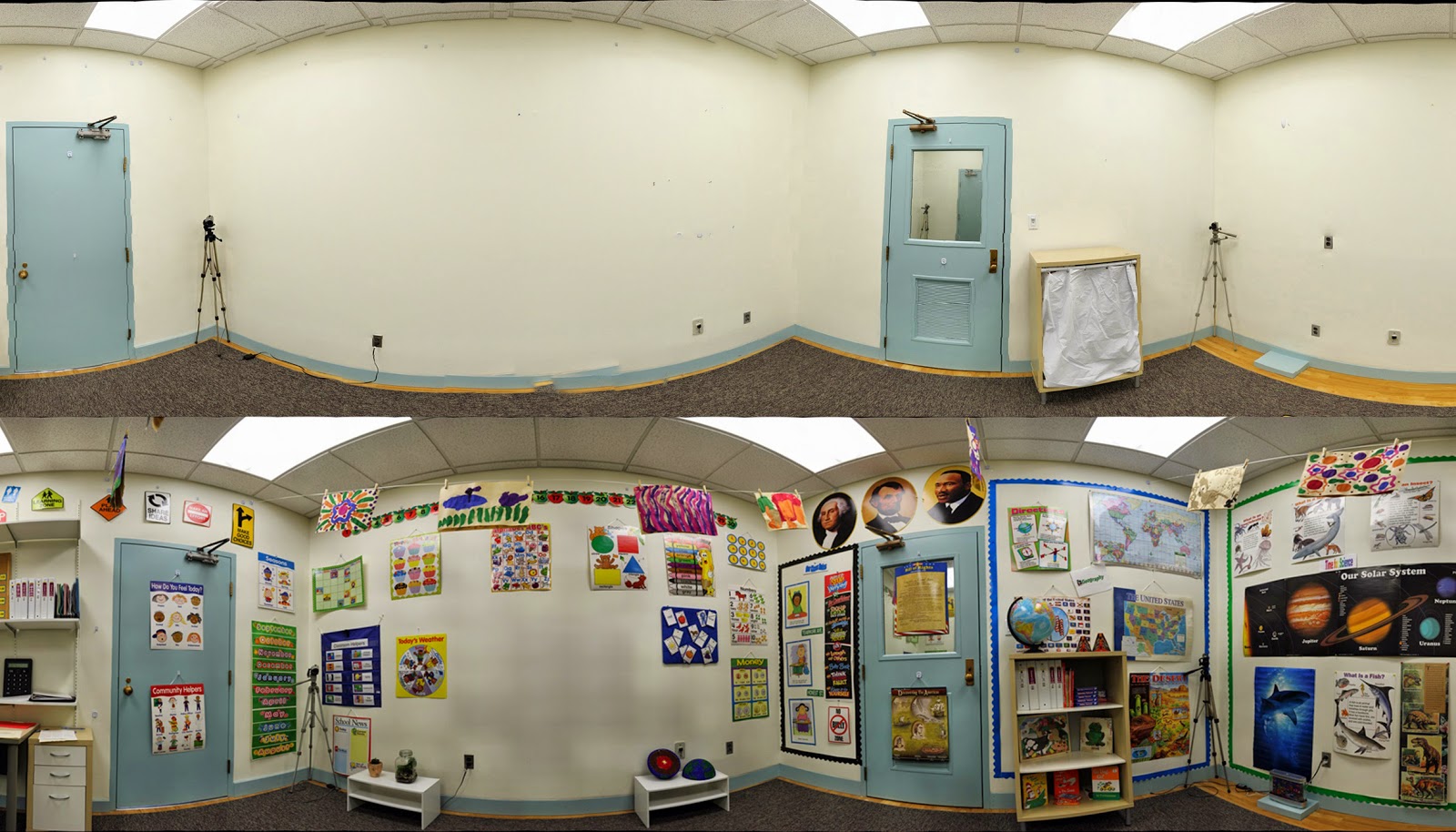 Published in Psychological Science, CMU researchers looked at whether classroom displays affected children’s ability to maintain focused attention during instruction and to learn the lesson content. They found that children in highly decorated classrooms (bottom image) were more distracted, spent more time off-task and demonstrated smaller learning gains than when the decorations were removed (top image).